Winter Solstice will occur on December 21st at 5:23 pm. The term solstice comes from the Latin word solstitium, meaning ‘sun stands still’. It’s also referred to as Midwinter, the Longest Night, and Yule. The Winter Solstice is the specific, brief moment when the Sun is directly over the Tropic of Capricorn and is the shortest and darkest day of the year.

A Reason for Celebration

The solstice occurs twice each year. Regardless of where you live, it happens at the same moment for everyone. When winter solstice occurs the days following begin to become longer while the nights begin to shorten. It has been widely celebrated for the return of light after the darkest day and feast would held to honor the outdoors. The event has been used throughout history to plan the sowing of seeds, harvesting of crops, and monitoring the reserves of winter food. 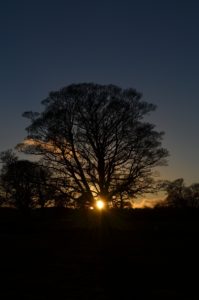 Throughout the ages there have been three major historical structures linked to the Winter Solstice. Stonehenge, in Wiltshire, England, is a popular spot during the solstice in the northern hemisphere. People watch as the sun sets in the midst of three great stones known as the Trilithon. Newgrange is another popular monument located in Ireland. Dating back 5,200 years it contains a passage and chamber aligned with the rising sun of the Winter Solstice. Scotland is home to Maeshowe, a chambered cairn built around 5,000 years ago. The Solstice sun aligns with the entrance passage and illuminates the tomb’s interior for three weeks before and after the day of the solstice. 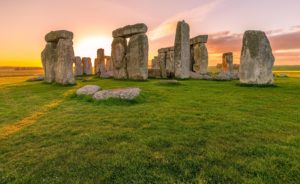 There is a mix of light and dark superstitions about the solstice. Some believe dark spirits walk the Earth during the event while others believed the 2012 solstice would bring a worldwide transformation. An observable pattern found that new discoveries happened on the winter solstice. The pilgrims landing on Plymouth Rock, the launch of Apollo 8, and the discovery of radium all occurred on December 21st. 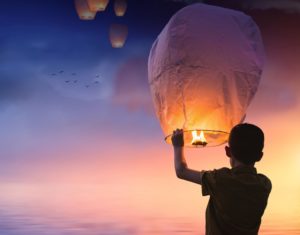 Celebrate the Winter Solstice with age old traditions to brighten up the darkest day and welcome the coming of the light. Start off with burning a yule log,or take the more modern approach with a yule log shaped cake. Light up the dark with beautiful luminaries and paper lanterns. If you’re lucky and have some snow on the ground you can make a Swedish Snowball Lantern! Learn how here. Honor Mother Nature with simple ice ornaments strung on trees in your backyard. Another great way to spend an afternoon is by making Cookie Cutter Bird Seed Feeders to hang along your favorite hiking trail or window. Simply fill your favorite cookie cutter shapes with this yummy bird seed mix (below).

2 cups bird seed (pick one with a variety of seeds for more “pop”!)

Straws cut into 2 inch pieces. You will use these as place holders so you can lace up your ornaments later! 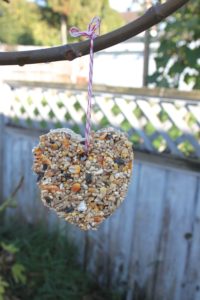 The Winter Solstice truly is a beautiful celebration so round up the whole family and welcome the coming of the light! This year’s Winter Solstice coincides with a full moon and the Urisds meteor shower! This radiant meteor shower can be witnessed near the Ursa Minor, a.k.a the Little Dipper, constellation until the 26th. Sadly, paired with the full moon, it will be hard to see until right before sunrise. Still, the combination of the solstice, the moon and meteor shower add to the magic of the season!

NEED TO TALK TO VINCENT PROPERTIES?